Liquid Verb is a re-creation of Modulated Reverb found in high end studios.
Modulated reverb is a reverb effect seasoned with forms of modulation (pitch fluctuation, frequency fluctuation, volume fluctuation). Chorus, Tremolo, Vibrato, or Flange are just a few examples of modulation.
Liquid Verb does a nice job of introducing the flavor of some highend modulated reverbs. Unless you already have the budget for products made by manufacturers like Eventide, Lexicon or TC Electronics, you should give Liquid Verb a listen.
Liquid Verb is designed to inspire experimentation and knob tweaking. If you like Chillout, Ambient, PsyChill, Liquid Dubstep, Deep House, Liquid DnB, and other modern genres of electronic music, we think you will like Liquid Verb. 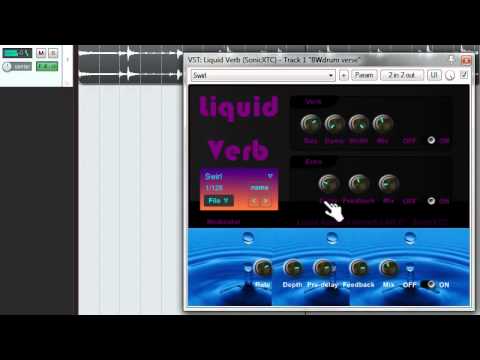