Flextron is a virtual-analog guitar amp based on a concept of the hybrid guitar distortion pedal AXP built for himself.
The prototype pedal in its turn was based on two commercial tube emulation technologies – Flexwave by Crate and Cooltron by VOX.
In addition to the fully featured 3-channel preamp and a tube saturation stage, Flextron offers a dual-mode stereo reverb (algorithmic and convolution-based), a speaker simulator with two cabinet models and an ambience control (intended mainly for practising in headphones), a switchable order oversampling and a set of visualization instruments, such as an EQ curve plot and stage bias meters. Every single control is remapped to produce linear response on a dB scale. 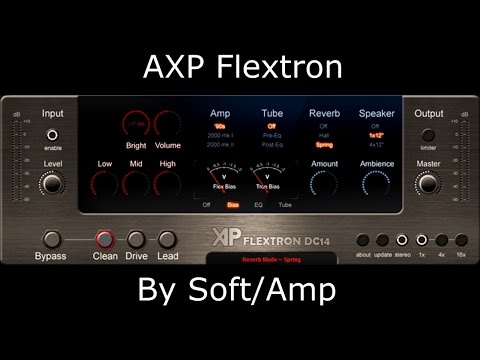