Marauder is a dynamic analog distortion.
Originally designed as a high-gain amplifier for VA synths, The Marauder is a boutique distortion plugin providing a unique workflow for adding wear, heft and grit. Going beyond naive waveshaping methods, the core of the Marauder is configurable distortion model with colourful interplay between its four gain stages.
Inspired by feedback compressor designs, an envelope balances the input stage between two amplifier models, each with a distinct flavour. A crossover filter feeds the highs through a dedicated signal path for tonal control.
Signal routing throughout the plugin features a meticulously balanced feedback network, resulting in subtle interplay between the overdrive characteristics of the various gain stages – ensuring just the right amount of unpredictability. 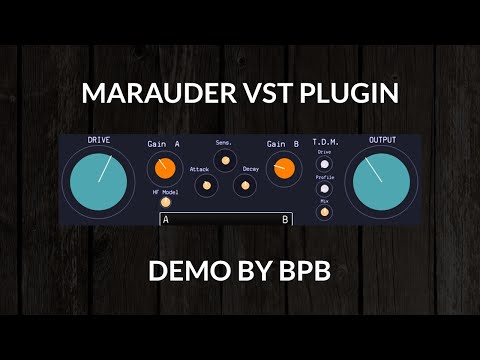