It is made to be used with an electric guitar and a guitar amp simulation, but you can use it with whatever you want.
Included effects are: 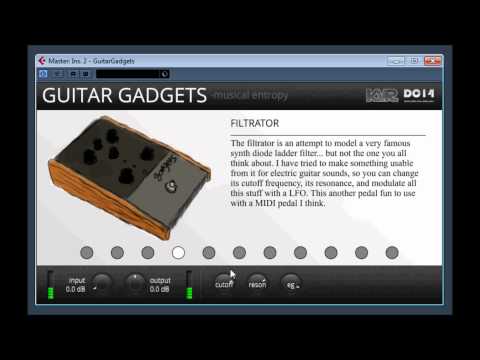